the story so far

It started like all great stories do. With a dreamer, an ambition and a group of people who wanted to make it a reality. Now, ten years later, Advidi is one of the top CPA Networks in the world. It’s been a decade like no other, and the story is only just beginning.

The Advidi brand has gone through a massive evolution since we were founded back in 2012. In fact, it evolves on a daily basis.

We’ve always been proud of our commitment to working hard and playing hard. It’s the Advidi way. So, how do you celebrate ten years of hard work? You go big!

the story so far 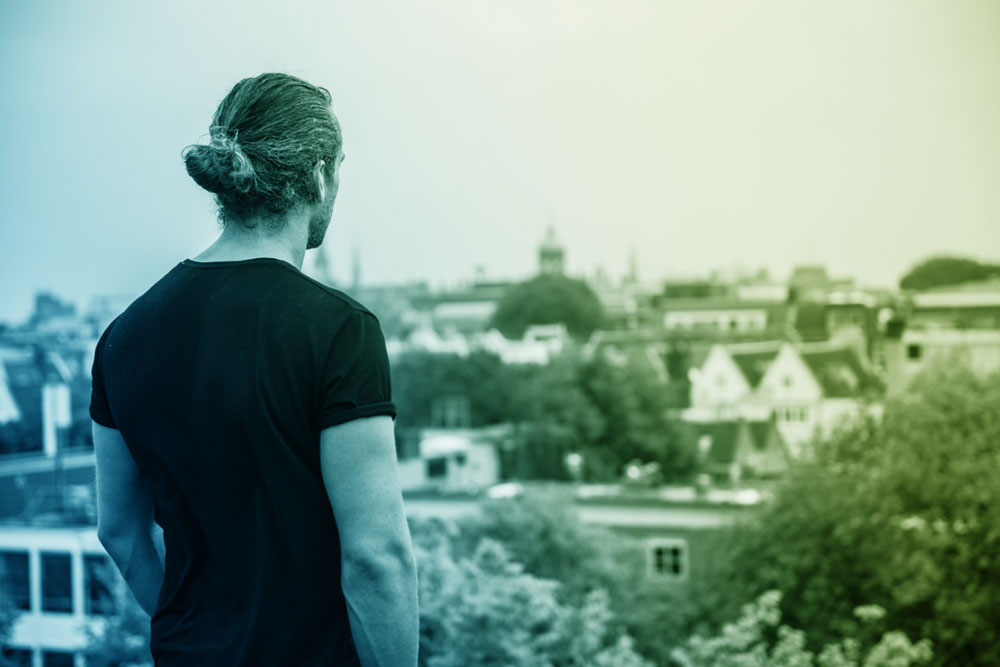 We started out in Amsterdam in 2012. This was just before Facebook acquired Instagram, when President Obama’s online campaign was about to secure him a second term in office, and long before the words ‘affiliate marketing’ were industry standard. It was a year of change. The way we talked, watched, shopped and sold, were beginning to rapidly migrate online.

Back in Amsterdam, Iwert Dijkema and his partners saw an opportunity. They were a group of young entrepreneurs, immersed in the burgeoning world of online marketing with a keen eye on future potential. They saw something others didn’t, or - let’s face it - others didn’t want to see; the merging of traditional media buying and advertising with the shift online. That night, they discussed the possibility of bridging the two, of uniting individuals from around the world and building a business that crossed continents to deliver a new kind of marketing.

Two weeks later, the business that would go on to become Advidi, was born. 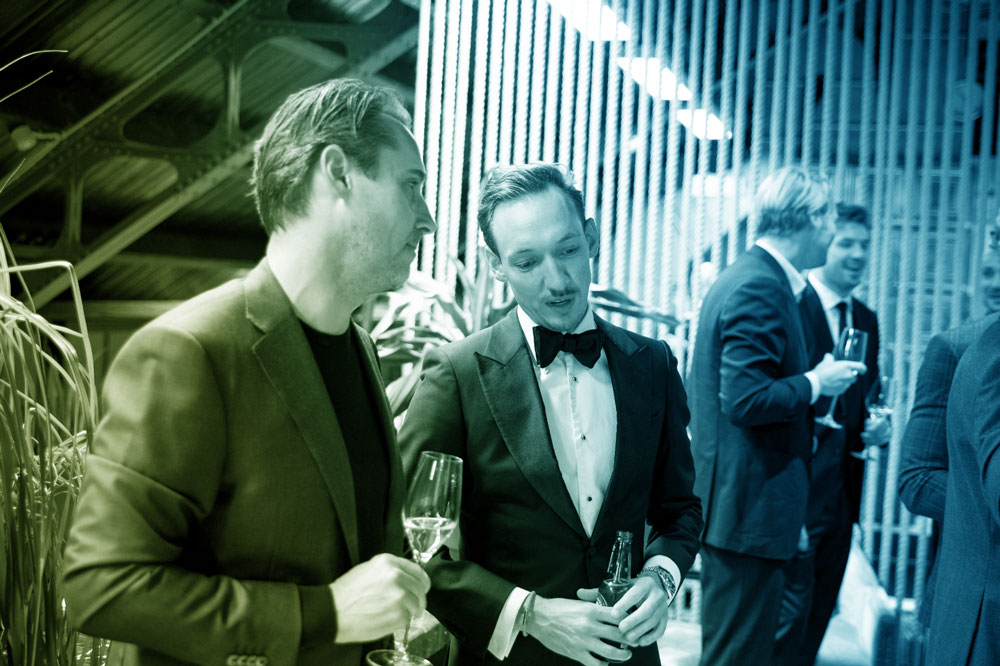 From a tiny office on Spuistraat in the centre of Amsterdam, a team of five were assembled to explore new possibilities. They quickly established that trends were not what they wanted or needed to follow and so instead they worked, watched and listened. With experience in the Dating Vertical, they focused primarily on that, honing their expertise before building out into emerging verticals, adapting their insights and steadily growing their influence. They focused on people, not profits and organically grew a talented team and pool of affiliates.

It’s here we evolved into Advidi.

Advidi grew out of a demand for skilled online marketers and we’ve steadily grown over the years. We now call those marketers, ‘heroes’, because these were the people that helped us grow and develop.

As more verticals emerged, we looked at where we could most add value. We remained true to our original ideology and focused on the verticals that allowed us to bring our unique insight and business intelligence. We quickly outgrew our small office in Spuistraat and had to say goodbye to the nightclub downstairs, which ironically often complained about the noise Advidi parties made on a Friday night.

There’s over fifty of us now, operating across all the major GEOs in a much bigger office. We’ve retained the curiosity of our founders, their dedication and commitment to help shape an emerging industry. It’s been a decade of hard work and dedication and in so many ways, we’re only just getting started. 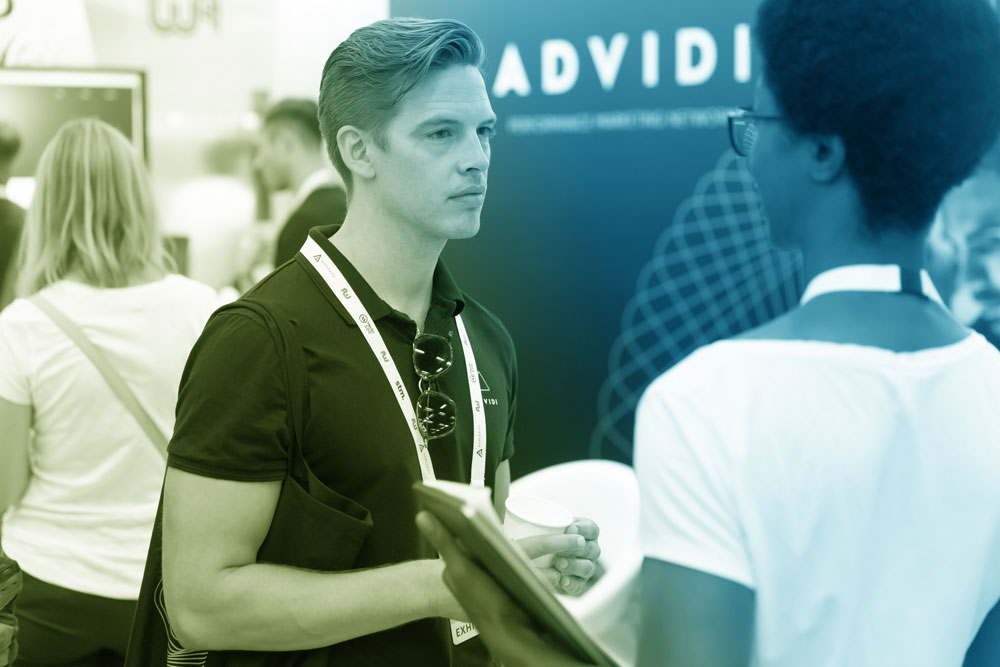 The story of where we go from here is still unwritten. We’re not unnerved by the unknown. As our founder, Iwert often says, the only certainty is change. And that’s something we embrace. As one of the top CPA affiliate networks in the world, we’ve established a global and internationally recognised brand. It’s something we are proud of, but don’t rely on. Our founder is still very much a part of our business and his work ethic, dedication and commitment informs everything we do. We remain true to his original ethos of listening and learning. We don’t follow but go where we can organically grow and add value. We stand for people before profits, and we always will.

For us, building a brand is about more than just a logo. Our brand communicates our mission to the world. It’s our shop window that invites people in. It exists as an introduction to affiliates and advertisers and lets them know that we share an affinity. That we are established enough to have earned a loyal following and that we match their values, have their back, and exist to help them achieve and succeed.

Our brand is our promise

In an industry that at times can be fickle, can move quickly, and change rapidly, our brand also had to build an affinity with people. On a daily basis, we are helping our clients deal with challenges. We’re seeing first hand the stresses they are under and the difficulties they face. We witness their highs and their lows. With that in mind, we now communicate our promise to them - that we, Advidi, are here to help.

Every member of our team works towards building and maintaining positive momentum. We empower our clients to run towards success by taking away their stress. We want to let them know that not only are we here for them, but other affiliates and advertisers are too. We’ve built a robust network, a loyal group who all share our values: to help others be the best version of themselves they can be. 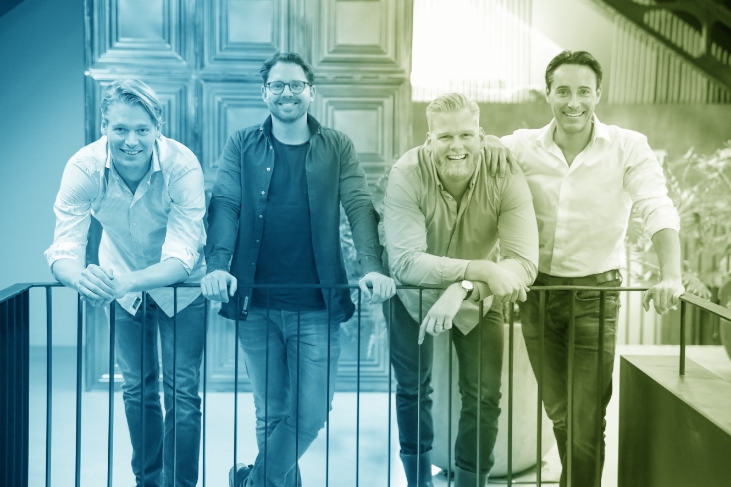 The Brand in the beginning

Like the business itself, our brand has evolved over time.

When we founded the company in 2012, we started simply. We knew back then that our vision had huge potential, but in an ever-changing market, we couldn’t be certain about what Advidi would eventually become. When we started to think about branding, we focused on simplicity. We wanted a visual signature that could represent us in the world.

At that stage, it was vital we had a reliable and recognisable face for Advidi. Something that alluded to our ambitions, spoke to our values, and offered a promise to affiliates and advertisers that we had their backs.

As the business grew, so did the need for a deep dive into our brand. We had become a globally recognised network, increased from five to over fifty employees, and continued to onboard more affiliates and advertisers all while expanding our portfolio of products and services. Like all great brands, we needed to articulate not only where Advidi had come from, but where Advidi was going.

In 2018, we embarked on a new era for brand Advidi. It was time to clarify our direction and role within the industry. 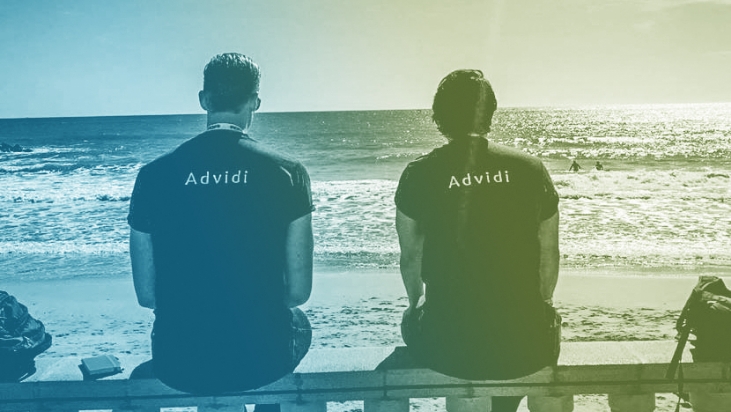 By 2018, the world of affiliate marketing had changed rapidly since our launch in 2012. It was no longer an industry on the periphery of the marketing sphere, but one that was taking the world by storm. It was an honour to have been a part of the early developments in the affiliate marketing world and we were incredibly proud of what we had built. It felt like the right time to finally put into words who we were and what we stood for.

We understood that as more affiliates came into the industry, we had to be able to communicate to them the values that had made us so successful. The rebrand wasn’t only about a revived visual identity, but about sending a message. A message that told the people who mattered to us that we were future-focused; that we were dedicated to bridging innovation and originality to everything we create.

When undertaking the rebrand, we looked at the beliefs and principles that had informed our business to date. Then, and now, we focus on the same fundamentals that the company was built on. Trust is the main focus.

We spoke to the founder, employees, and friends to learn more about what made Advidi special. We wanted the new brand to portray the values that had helped define us; our passion for people before profits, our loyalty to the team, and our commitment to helping others grow. To build a coherent and robust brand that would speak on our behalf, globally, we had to look beneath the surface. Branding is about more than just a logo, it’s about showing the world who you are in a way that is consistent, coherent, and collaborative. 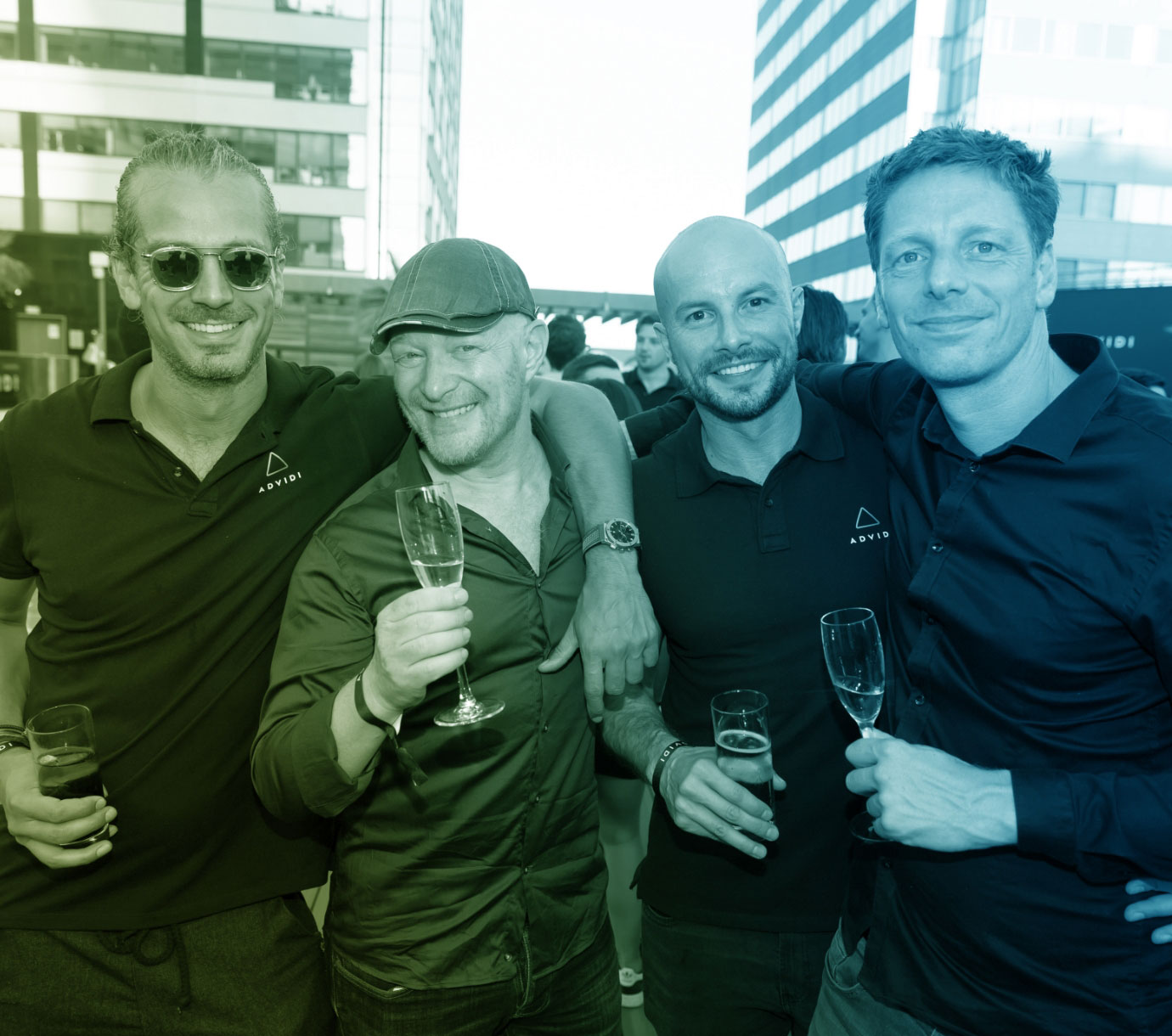 This rebrand brought us Hiro, the world’s first logo created by an algorithm. Hiro reflects the world in which we work. One that moves quickly, changes constantly, and is driven by data. Hiro and the accompanying brand assets bring an emotional link with our heritage while celebrating the future. Our early identity is hinted at with the original Advidi blue which was then boosted by the more contemporary and spirited magenta. It reflects our pride in the past, the work we have done, the connections we have made, and ultimately the business we have built. Yet, it nods to the future, the ever-changing industry, and that idea that the only constant is change.

At first glance, Hiro is chaotic, but in reality, it’s incredibly consistent. Like our business, it is built around shared principles and communal ambition. Hiro unifies two elements that can’t exist without the other in the online space: the creativity and passion brought by humans and the precision and logic of machines. Hiro never sleeps, it lives, breathes, and grows as we do.

Our core network has been vital to us. We wanted to honour those people and let them know how much they mattered to us. We began referring to them as our Marketing Heroes. And as we all know, not all heroes wear capes. The Advidi heroes are people who change the industry with their skills and knowledge, their talent, and their generosity. They’re people who know their worth, but who also know the power of a strong network behind them.

With the Performance Marketing heroes we appeal to not only the very successful but the ambitious. The people who know they have the potential, the drive, and the work ethic, but who need the guiding hand of a network to become their best self. Ultimately, it’s our only purpose - to make people shine. It’s our job to support the formation of future performance marketing. 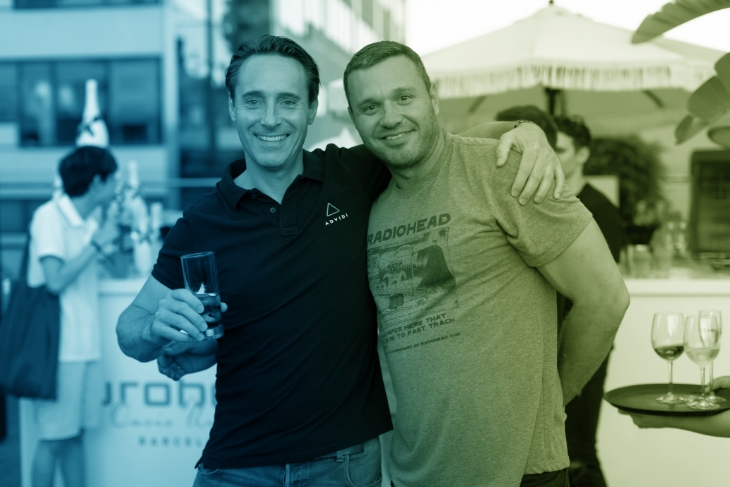 A decade in a business like ours is quite an achievement. In the years since our founding we’ve watched new companies emerge and disappear. We’ve witnessed the highs and lows of a rapidly changing landscape. We’re so proud of what we as Advidi - affiliates, advertisers and our team - have achieved. That’s why to mark our tenth anniversary, we’re going big. But, where’s the fun in celebrating alone? This year, we’re opening all our celebrations out to you - the people who have helped make Advidi. And in true Advidi style. we’re not just having one event to mark this occasion but, well, LOADS!

As part of the celebrations, we’ll be hosting monthly raffles for all affiliates. For every affiliate that surpasses the $5k monthly threshold we’ll automatically enter you into a raffle.

It’s important to mention that this is open to every affiliate, whether you’re one of the originals or a new starter - it doesn’t matter, we’re sharing the birthday love with everyone. The results of the raffle will be streamed live via our Instagram channel, just keep your eyes out for your affiliate ID.

This is our way of saying Thank You.

We’ll be at all the key affiliate events throughout 2022, bringing the party and the goody bags to wherever you are in the world. You’ll find our 2022 schedule below, so if our paths will cross be sure to come and say hello.

Advidi parties are legendary and this year, there will be plenty of opportunities for you to experience one for yourself. Keep your eyes on the website and our socials for your invite. You’re our heroes, let's celebrate our success together. Our calendar is listed below, with more being added throughout the year.